An Akron man is headed to prison for up to 20 years for operating a methamphetamine lab in downtown Fairgrove.

Daniel Vern Williams, 33, Akron was sentenced to up to 20 years in prison for conducting a criminal enterprise and manufacturing methamphetamine, commonly called “meth.” He pleaded no contest to the charges in June.

Williams – identified in court as a known associate of Caleb Hills (see story, above) – was busted earlier this year by the Thumb Narcotics Unit and several other law enforcement agencies for operating a meth lab at the former restaurant in downtown Fairgrove.

“I think you need to use this…as a valuable learning experience and move forward and explain to other people the pitfalls of these types of activities,” Gierhart said, immediately prior to sentencing Williams. (Read more)

(This story originally appeared in the Sept. 3, 2016 print edition of The Tuscola County Advertiser and can be read in its entirety here.)

Push on to save Caro Center 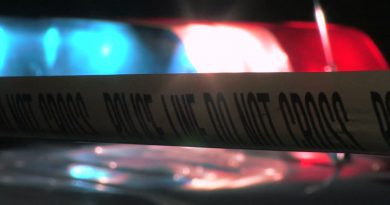