Three Caro businesses are paying tribute to area veterans this weekend by covering the cost of a free meal at popular local restaurant, The Oven.

SRS Pharmacy Services, Caro Motorsports and Caro MotorWorks are sponsoring the event – now in its fourth year. Last year, more than 750 meals were served as part of the program.

Jim Tussey, the Caro entrepreneur behind the sponsoring businesses, said qualifying veterans need only bring “a story or experiences to share, and enjoy.” The intent, he said, is to show appreciation for those who have served our country by treating them, their spouses and their parents to a meal of gratitude the weekend before the nation celebrates Independence Day.

“I grew up near Berkeley, California in the 1960s and saw firsthand the disrespect given to soldiers returning from Vietnam,” Tussey said. “That bothered me as a child, and still does.” (Read more)

(This story first appeared in the June 29, 2016 print edition of The Tuscola County Advertiser and can be read online here.)

Caro native, star of ‘Annie’: Save Thumb Area Center for the Arts building 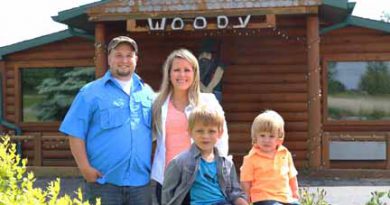