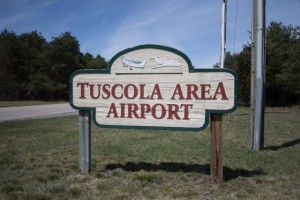 CARO — The Michigan Department of Transportation has downgraded the license of the Tuscola Area Airport, effectively cutting it off from state and federal funding and potentially costing taxpayers.

The type of license generally refers to the aircraft landing zone, though the bigger impact to the public is that airports that carry a basic utility license are ineligible to receive state and federal funds.

The airport depends on such funds for much of its revenue and its five-year plan includes many much-needed — and expensive — upgrades, ranging from runway repairs to a new building.

(Story first appeared in the July 30, 2016 print edition of The Tuscola County Advertiser. The rest of the story can be read online here.)