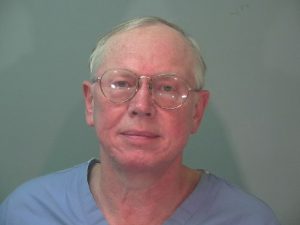 Tuscola County Prosecuting Attorney Mark Reene has authorized a seven-count felony warrant for the arrest of Dr. Joseph Edwin Oesterling, a mid-Michigan physician charged with running a criminal enterprise, maintaining a drug building, and five counts of delivery of a controlled substance.

If convicted, Oesterling faces up to 20 years in prison.

Reene said the arrest is the result of a seven-month investigation conducted by the Federal Drug Enforcement Administration (DEA) Tactical Diversion Squad and the Thumb Narcotics Unit into alleged over-prescribing practices at Osterling’s clinics in Caro, Saginaw, and Mount Pleasant.

“Stemming the trafficking of prescription controlled substances has become a priority for law enforcement across the state of Michigan, with action being taken routinely by the state of Michigan and the attorney general to curb the practices of these so-called ‘pill mills,'” Reene said in a statement Tuesday.

Reene said the charges are connected to a raid conducted in late October by the DEA and Thumb Narcotics Unit.

The raid sites and Oesterling were previously unidentified, but  Reene confirmed Tuesday they were connected to Oesterling and his practices. Police seized multiple electronic records, controlled substances, and financial records.

In addition to the resulting criminal charges, Tuscola County prosecutors began civil forfeiture proceedings, via summons and complaint, concerning multiple items of personal and real property that were previously seized.

During a Tuscola County Circuit Court hearing this fall about authorities’ seizure of vehicles and personal property (and freezing of assets of Oesterling and others potentially involved), Saginaw defense lawyer Victor J. Mastromarco Jr. told the court that investigators have “turned these people’s lives upside down.”

But Tuscola County Chief Assistant Prosecutor Eric F. Wanink told Circuit Judge Amy Grace Gierhart that the medical offices, including one in Caro, prescribed a total of “some 330,000 dosage units of Norco, a (Schedule II) controlled substance, within a 16-month period.”

“A lot of hospitals” don’t even prescribe that much of the painkiller Norco in the same time period, Wanink told the judge. (Read more)

(This story originally appeared in the Dec. 27 print edition of The Tuscola County Advertiser and can be read online here in its entirety.)