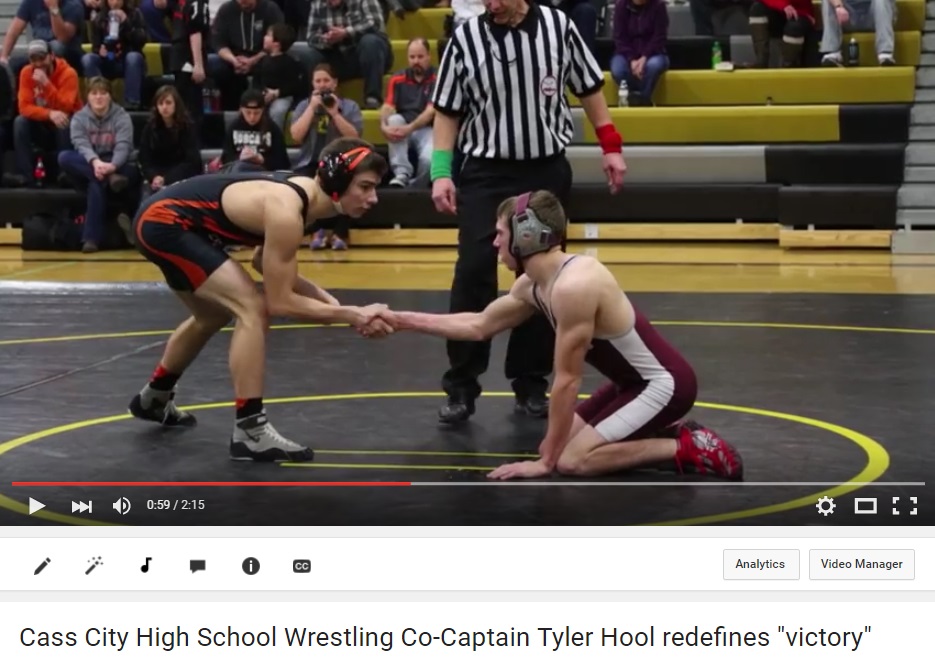 Below are videos I produced at the Tuscola County Advertiser (Caro, Michigan) and Lapeer County Press (Lapeer, Michigan) through May 2018. My role in each video was different, ranging from editing together videos shot by others to writing scripts, conducting the interviews and working with videographer to shoot/edit.

A 34-year-old Millington man led deputies on a nearly hour-long chase through Lapeer County. Through Michigan’s Freedom of Information Act, dashcam video of the chase was obtained. I distilled the 53-minute chase down to a few minutes. This video garnered more than 85,000 views on the paper’s Facebook page. The video can be viewed here.

When it was announced that a company had bought a 247-acre composting site/gravel mine in Lapeer County, many wondered what the site looked like and how it might be used. Working with a drone operator, we obtained video of the site from above. I wrote the pop-up messages based on reporting I had done. The video can be seen here.

The Lapeer County Sheriff’s Dept. obtained a new K-9 officer named Axel. I worked with the department to coordinate a shoot, wrote the script, and conducted the interviews off-screen. I worked with a videographer to edit video and create the on-screen pop-up messages. The video has more than 25,000 views on Facebook. The video can be viewed here.

The former foundry in Vassar, Michigan is a huge problem for the area. Working with the drone videographer, we put together this short video based on information I gathered while reporting to capture the feeling of despair. Video can be viewed here.

One of Frankenmuth’s most historic buildings was under new ownership for just the fourth time in 127 years — and largely as a result of increased demand for the “healthy bedding” made by Frankenmuth Woolen Mill. This visual story needed a video like this. I conducted interviews while videographer shot and edited video, which can be viewed here.

Video to accompany story about disrepair of the Caro Dam — a problem that affects almost the entire readership area in some way. Shot video on boat/edited all footage, photos. The video can be viewed here.

Video to accompany story about massive auction held by a former Tuscola County Sheriff. It was a big deal because he was so well-known in the area. Shot/edited all footage. The video can be seen here.

The topic of wind turbines and laws relating to them can be contentious at times. This video was taken of a meeting in Almer Township (in Tuscola County, Michigan) and is intended to show both sides of the debate leading up to the actions of elected officials. Shot/edited. The video can be seen here.

Video about a wrestler from Cass City, Michigan, who inspires in a different kind of way. I edited this video using footage provided. The video can be seen here.

A video showing a township official threatening to run over a citizen. I edited this video using footage provided. The video can be seen here.